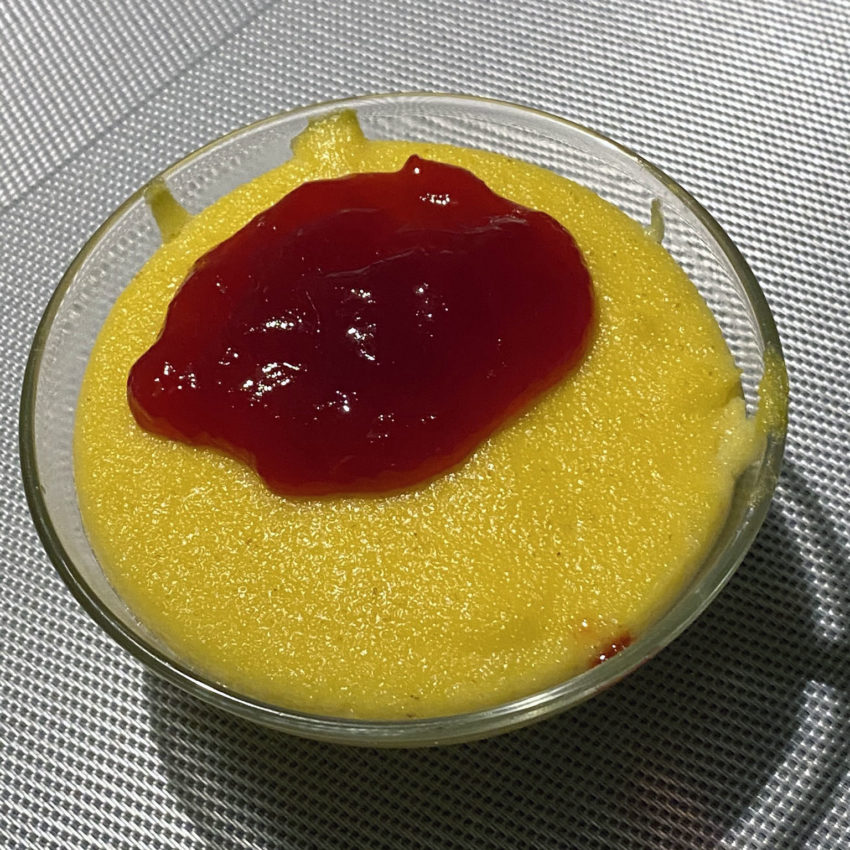 I think that it is well known that I love to cook and try often new things. I am always interested in recipes from different parts of the world. But some times it is nice to look a little bit closer to home.
Some days ago I was doing in the local supermarket and there I saw “Griesmeelpudding” (Semolina pudding). I realized that it was really long ago that I ate this, so I decided to buy it.

That day after dinner, I had it as dessert. It didn’t taste bad, but it wasn’t what I expected. Most of all, it was way too sweet. I suspect that they added a lot of sugar or anything alike to it.
“Griesmeelpudding” shouldn’t be really sweet.

So I decided to try to make it myself. I asked Miranda for a much as possible authenticate Dutch recipe. It didn’t take her long to send it to me.

The recipe will use the next ingredients: 2 eggs (white and yolk separated), a vanilla pod, milk, whipped cream, sugar and semolina.
For the sauce red berries, jam sugar and water.
If you would like the recipe I can share, but most likely I have to translate it first.

And this tasted as I could remember it and it should taste in my opinion.

I am convinced that other countries also have desserts as our “Griesmeelpudding”, but it is something already for a long time known in The Netherlands.