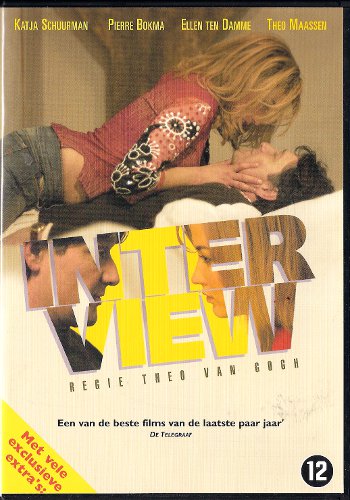 Yesterday I watched the Dutch movie “Interview”. I had the DvD already laying around for rather some time, but I never got to it to watch it. But yesterday I finally did.

The movie was made in 2003 and tells about a interview between a war correspondent and an actress. But the interview takes a very strange way as it becomes a strange exchange of word games, emotions and secrets. And the end of the movie is quite surprising.
Although I mostly don’t like the movies made by Theo van Gogh, this movie is the exception to that.

Funny detail… In the beginning of the movie there was an actress of who her face was so familiar to me, but I could not place it. Deeply ashamed when I saw the credits of the movie I realized it was Ellen ten Damme. But Ellen ten Damme really changed in looks since the time that the movie was made… and not for worse :)