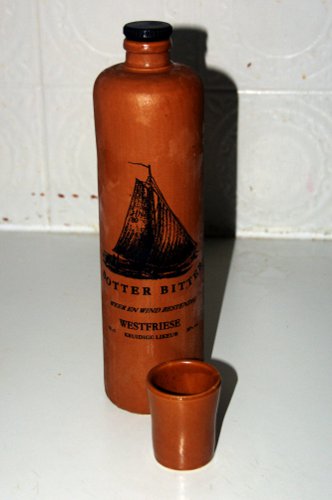 Yesterday at work we were discussing what we like to drink in the evenings. Of course beer and whiskey was mentioned. No need to say that I like both :).
As beer I like my beloved Grolsch and of course there are some pretty good German and Belgium beers… “Bittburger”, “Duval”, “De Verboden Vrucht” and many more.
And a good single malt whiskey is really something to enjoy. One of my favourites is “The Glenlivet”, but there are many more extremely good ones as the Glenrothes, Highland Park, Jura and others.
Oh something nice to mention… Sanne recently noticed that I always write “The Glenlivet” and for instance “the Glenrothes” (so the word “The” with or without a capital), which she as a teacher of course noticed directly.
But yes, there is a reason for that. The Glenlivet got their official license to make whiskey in 1824 (before that they did it illegally). They were the first distillery to have this official license and because of that they were allowed to add the word “The” to their brand name and they are the only single malt distillery who are allowed to do this. And as the word “The” in the case of The Glenlivet is part of the brand name you write it with a capital and for other single malts not.

But I am getting completely away of what I wanted to write here today… :)

Anyway, yesterday during the conversation at the company I suddenly had to think of something I really liked in the past and which I drank on cold winter evenings after the last walk of the days with the dogs. After such a walk in the freezing cold you could use something to get warm and comfortable again…. and that was for me a bit of “Kruidenbitter”.

Now I have no idea how to translate “Kruidenbitter” to English, but I guess it would be something like “herbal liqueur”, which makes it sound a bit as a medicine…
Basically a “Kruidenbitter” is a gin or brandy enriched with all kind of herbs during the process of making it. Depending on the brand a “Kruidenbitter” contains 20% to 35% alcohol.
Many Dutch towns and area’s have their own “Kruidenbitter” with their own special mixture of herbs. A good “Kruidenbitter” should be served very cold. So the better ones you keep in the freezer, where they stay liquid because of the amount of alcohol.

I think “Jägermeister” is one of the best known “Kruidenbitter”, which finds its origin in Germany (“Kruidenbitters” are not unique to The Netherlands, far from that). Personally I don’t like “Jägermeister” very much, its it too strong in its taste.

So yesterday I bought at the local liquor store a jug of “Kruidenbitter” of the brand “Botter Bitter” (which is made in West Friesland). I have to say that I like it. It has a nice smooth taste.
But sadly it cannot compare to my favourite “Kruidenbitter”…. The “Bornse Kruidenbitter” (made in the town of Borne), which has a very special taste because anise was used as one the ingredients. And this “Kruidenbitter” you cannot get over here in this part of the country. Maybe one the next times when I travel to the eastern part of The Netherlands I have to make a detour to Borne….. or get someone so far they bring it along for me :)