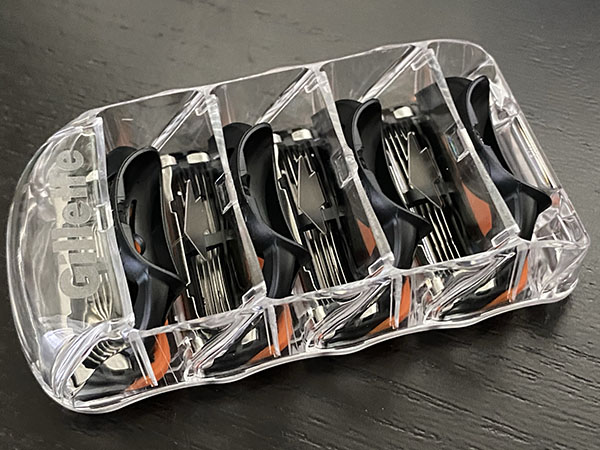 I often wondered why razor blades are so expensive. And I do know many other wondered about that as well.

So I thought that maybe the raw materials needed to make razor blades are rare and that makes it expensive. Although it is kinda hard to find which materials are used, I could not find anything very rare or expensive. Of course, the blades are made of high quality steel with a special coating, but if this makes them so expensive. I don’t know. Maybe they just don’t want us to know…

Then I wondered whether the process to make them would be very complicated. Well, no again. Of course, the creation of razor blades is something that has to be done with great precision, otherwise it may lead to injuries with the user. But that’s an entirely automated process. Not much that can go wrong there.

No, it seems there are no reasons based on the raw materials or the production process that razor blades have to be this expensive.

And well, one might think that after more than a century (the replaceable razor blade was invented in 1903) companies have found a less expensive solution for removing unwanted hair.
And they did! Today, razor blades can be made with a fine layer of diamond. You will have to spend about 50 euros for a razor blade that will last a lifetime.

So why aren’t the razor blades on sale? Well, that’s quite simple. The patent of these razor blades is owned by the Gillette Company. It is way more profitable for them to sell something that needs to be replaced after some time. This is a far better income model for them.

Gillette and Wilkinson offer another factor that increases prices: competition between the two companies represents approximately 90% of the market. The razor market is therefore a classic example of an oligopoly, in which only a handful of companies serves. Other brands are available to consumers, but far less widely known. There is thus no market operation in which the price is reduced.

Maybe I should grow a beard