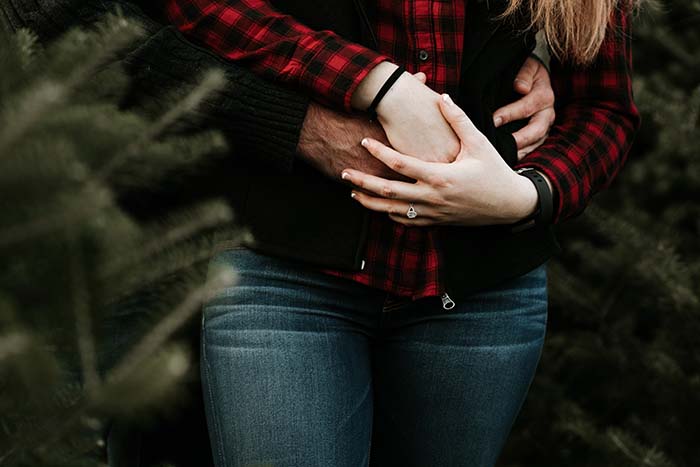 How things suddenly can change…

A little after the wonderful Christmas dinner we had at the house of my aunt and uncle (Marion’s parents), Richard came to me and asked me if he could have a little talk with me.

A bit confused because this is not the normal way of acting for Richard, I followed him to the other side of the room.
There he looked at me and I could see he was nervous. While stumbling over his words, he told me that he was very happy with how the things were going between us and that he was very glad with the change that I have brought into his life.
And then the question came… if I was ready for the next step in our relation!

The first thought that I had as a reaction was “Shit! No!”.
In many talks Richard and I had about our relation we agreed that we took it all easy, no hurry or pressure on anything. And now suddenly the next step? Moving together or even marriage?
Richard must have guessed my thoughts by the expressions on my face. Quickly he explained that he didn’t want any big steps. No moving together or anything. He only wanted to make it a little more official.

After thinking on this for a moment, I had to agree that maybe after all this time it would be good to make it all more official.
We talked about this for some time and we agreed that “engaged” (or “verloofd” in Dutch) sounded pretty nice.
By coincidence, I looked in the direction of Marion and Rob, the big smiles on their faces made very clear that they knew what was going on here. Richard admitted that he talked with Rob about this.

After asking me, he told the people that were present at the dinner. People reacted very enthusiastic. Many congratulations and hugs. And I swear I saw some tears in the eyes of my mother (Maybe she was thinking that her little she-devil was finally tamed? Well, no.. :P).

So now we are officially engaged. Does it feel any different? No, not for me at least. For Richard it confirms that we will go on together (not that there was not any doubt about that). For others it will make things more clear and that is good.

So this weekend we will go to Enschede to replace our friendship rings by engagement rings….

Wooaa, who would ever thought it: I am engaged!

Photo by zelle duda on Unsplash

2 thoughts on “So now it is really official…”