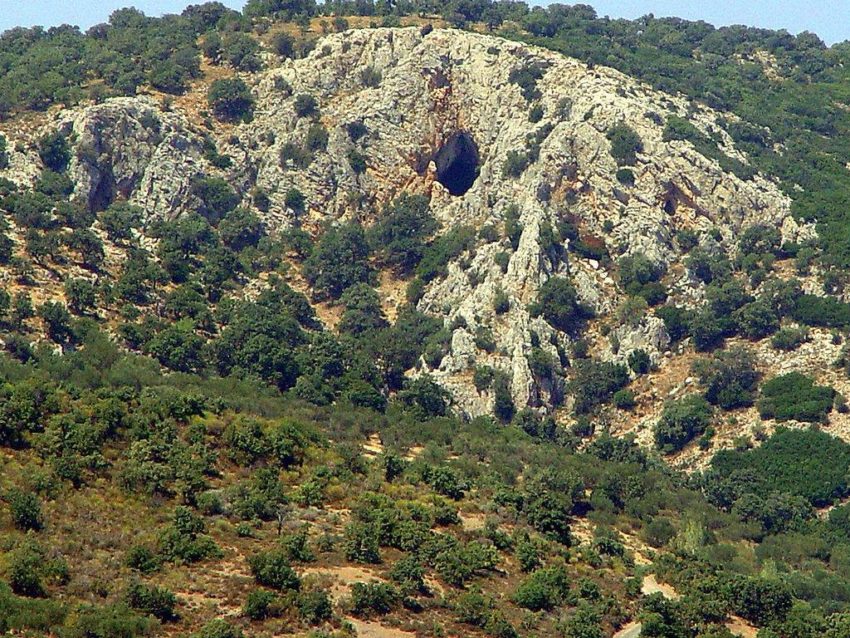 As our holiday next year to Lesvos is planned, Mel (as she does every year) starts to send suggestions of places to visit. It is amazing, every year she surprises us with so many beautiful sites to see.

There was one spot she was planning to show us this year, but didn’t as there is some hiking involved, this because of my double groin rupture. By now I had the needed surgery for this and I am almost completely recovered. So Mel revealed her plan. She wants to visit “The Oracle of Orpheus”.

My love for the Greek mythology made my heart jump up hearing this. I never knew that Orpheus was connected in any way to Lesvos.

Orpheus was the famous musician, poet and prophet from Ancient Greece. He was the greatest of all musicians and poets. It is said that Hermes invented the lyre, but that Orpheus perfected it.
Orpheus was one of the few that visited the underworld and returned, his music and singing had even power over Hades.

The are many stories and myths about Orpheus and some very contradicting (of course I would almost say!). But for now I am interested to the story that connects him to Lesvos.

He was so skilled in music that even the animals and the stones were moved by his songs. The Ciconian woman, followers of Dionysus, where infuriated that Orpheus only took male lovers. His music made the men leave their wives and stay by his side night and day just to listen to his melodies. At first the Ciconian women threw sticks and stones at him as played, but his music was so beautiful, even the rocks and branches refused to hit him. Enraged, the women tore him to pieces during the frenzy of their Bacchic orgies and threw his dismembered body in the river Hebrus.
His head and lyre, still singing mournful songs, floated down the river into the sea, after which the winds and waves carried them to the island of Lesvos, at the city of Methymna (Molyvos). There, the inhabitants buried his head and a shrine was built in his honor near Antissa; there his oracle prophesied, until it was silenced by Apollo. In addition to the people of Lesbos, Greeks from Ionia and Aetolia consulted the oracle, and his reputation spread as far as Babylon.

So the plan is the visit this location during our next holiday to Lesvos.
The walk from the place where we can park the car is around 5 kilometers, most of it will easily walk. The last part will be harder and takes us 100 meters up on a mountainside. We have been warned it is will be easily to get lost here.

We are really looking forward to this.

Source featured photo: Wikipedia
“Nymphs Listening to the Songs of Orpheus ” Charles Jalabert 1853 is This work is free and may be used by anyone for any purpose.