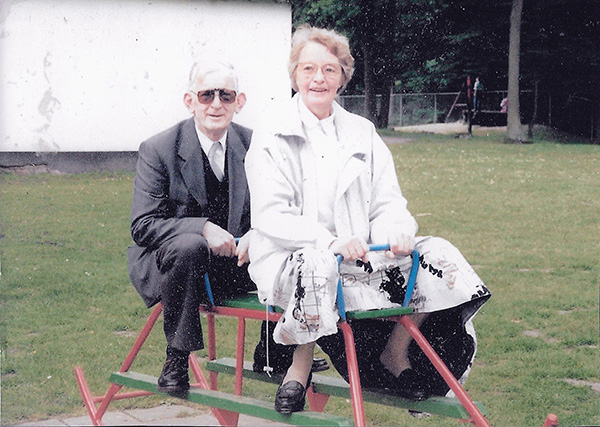 Like everyone, there were good times and bad moments in his life. Thankfully, we tend to forget about the bad times and remember the good times.

My father? He was a passionate volunteer with the Dutch Red Cross. And he was there when needed, the train hijacking at “De Punt” in 1977 as an example.
And he was an active member of a union. Especially after he started having health problems and became incapable of the job he did.
As member of the neighbourhood council where we lived at that time (the town of Haaksbergen), he was very active.

When I was still living with my parents, there was always some tension between me and my dad. Especially in the last years I lived there. But as soon as I left their home, it was gone. I suppose two similar characters may to conflict.
Like I said, there were bad times between me and my dad, but mostly I remember the good times.

Some time ago someone said that I’m starting to look more and more like my father. And not just because of my gray hair, but because of my way of thinking and doing things. I’ll take that as a great compliment.

2 thoughts on “My father”