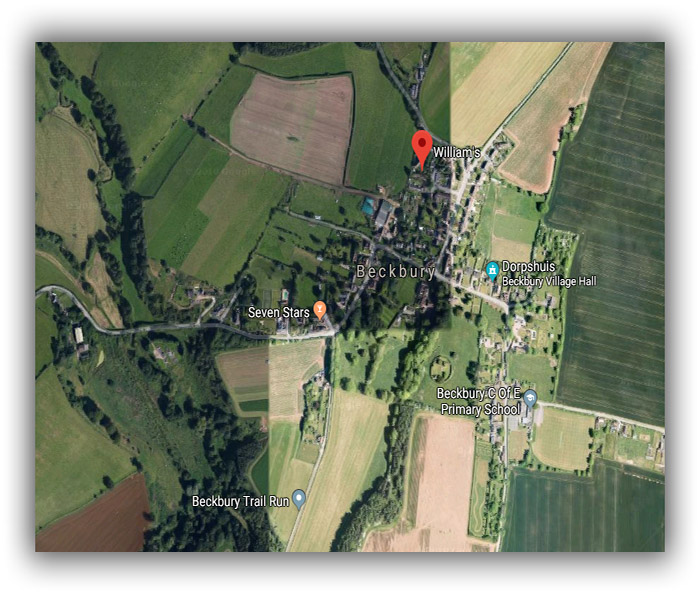 Around 50 kilometers North of Birmingham, in the county of Shropshire (West Midlands), lays a small idyllic English town called Beckbury.

Beckbury has a special meaning to me. It was the first town outside The Netherlands, where I travelled as 17 year girl (almost 18!!!) alone, without my parents or anyone else. It was also the first plane flight that I made alone (not knowing that so many would follow).
Maybe nowadays that is nothing special anymore, but more as 30 years ago it was.

So what had a young girl to do all alone in Beckbury?

Earlier that year I have been on a holiday to the Egypt with my parents (beautiful country, although with the current situation there not a choice of mine anymore). There I met an English girl from my age who was staying there with her parents as well, Kathy was her name. Kathy and I spent during that holiday a lot time together. And so Kathy and I became friends.

At the end of that holiday Kathy and her parents invited me to come and visit them in England. And of course, as you most likely already understood they lived in the town of Beckbury. Later that year I visited Kathy and had a wonderful two weeks at her place. She and her parents really made me feel welcome. They proudly showed me around in their hometown and the surrounding area.

Kathy and I sent for a long time each other letters (e-mail was not commonly around yet). But as it happens so often, the time between the letters slowly became longer and longer, until no letters were sent at all any more. 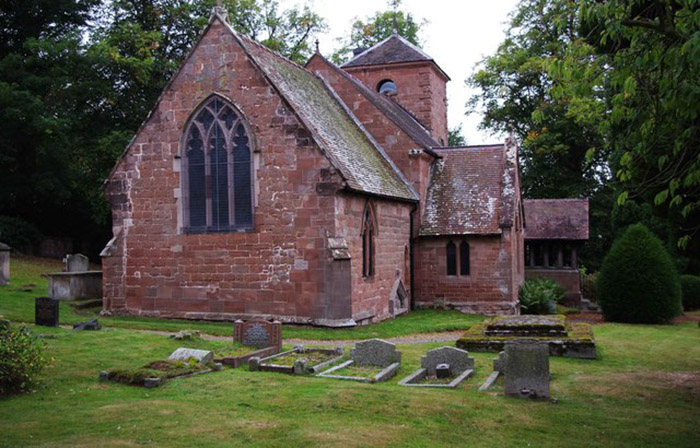 And then suddenly a few weeks ago a mail arrived in my mailbox informing if I was the “Marion from Haaksbergen who spent a holiday in Egypt and visited Beckbury to meet the girl she met in Egypt”. Well, that was me! And of course this mail was sent by Kathy!.

By pure coincidence she ended up on our weblog and wondered if I were the Marion she knew from the past.

Kathy is married now and mother of three fine children (two girls and a boy, which is already married himself).
Seems she made her dream come true and is now working as a biologist for a governmental organization. Already when I first met her, she had something with that.

It was a big surprise when Kathy told me that The Seven Stars still existed. While I stayed in Beckbury The Seven Stars was the pub where we stayed almost every evening, played pool and teased the guys of our age. I am pretty sure we left some guys behind with *coughs* “hurt feelings”. Yes, we were young and mean! :-)

Recently I had to be for my work in Birmingham. Kathy and I met for dinner. It was very nice to meet again.We had good laughs about our evenings at The Seven Stars. The nice walks we had in the surroundings of Beckbury.

We remember well our visit to the city of Telford. Such a wonderful place for two girls to wander around. Well, under the secure eye of Kathy’s father that is :-).

And oh, The Crooked House in Dudley! Kathy’s parents took us there. It is the most amazing and weird pub I have ever seen (and I have seen some since then). The Crooked House was built in 1765 and was originally a farmhouse. During the 1800s, mining in the area caused one side of the building to begin gradually sinking. The building was condemned as unsafe in the 1940s and was scheduled for demolition. Wolverhampton and Dudley Breweries purchased the pub and rescued it by making the structure safe using buttresses and girders so as to retain its lopsided appearance.

Once inside your brain tries to correct everything you see to that what ought to be normal and it will show a different truth. Things you see standing straight, aren’t standing straight. A ball on the floor seems to cheat gravity and rolls upwards a floor, but it is your brain that is fooling you, the floor is really going down. Such an amazing place!

So why I am writing all this about Beckbury and the highlights of the surrounding area?

Well, on very short term Rob and I will fly to England. We will visit Kathy and her family. For sure we will go to The Seven Stars. But also The Crooked House we will be visiting.

We both are already looking very much forward to it!