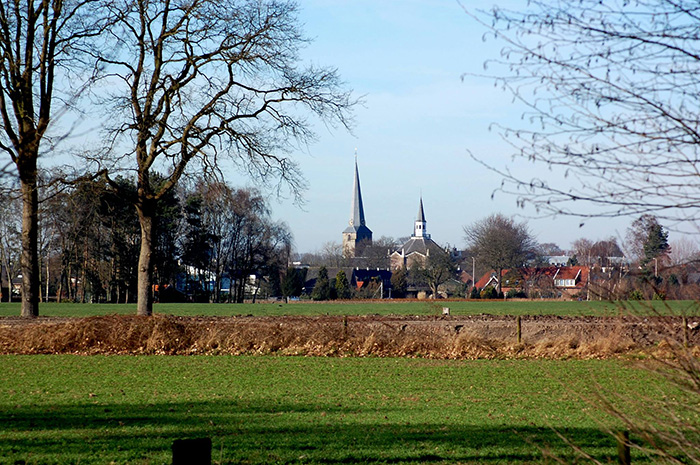 Haaksbergen is a municipality and a town in the eastern Netherlands, in the province of Overijssel, in the Twente region. There are around 25.000 inhabitants. Haaksbergen covers 105.55 km² ground (of which water: 0.27 km²).
First signs of people living in the area of Haaksbergen were found at the Buursebeek and are from around 800 years before the year 0. This was of course before the town was founded. The first time Haaksbergen was mentioned is around the year 800.

So why this interest for Haaksbergen? It is the town where I was born, grew up and I am still living.
And although the town changed a lot over the years, I still love this town.
Most of the people who write here on this weblog have a close bound with Haaksbergen, but even Patricia (how lived and grew up in Noord Holland) and Mel (our friend from Greece) claims that the town has now a special spot in their heart now.

Half way between Haaksbergen and Eibergen we find Hotel Assinkbos, at least that is what is used to be. Currently it is not in use any more and that is a pity.
But it has also been the home of Disco Silver Shadow. Marion, Jennifer, Miranda (although she was living in Eibergen at that time), Rob and I have been more than once to Silver Shadow. I knew Marion already at that time, but the others not. We may have been there at the same time. And now all of us are best friends.
Very good memories of Silver Shadow.

Markt 2, next to the town hall of Haaksbergen, have been the practice of a general practitioner and a dentist, who has been my dentist. More recently it was a very good restaurant known as “Eetcafe Markt 2”. Most of us have have very good memories of the Markt 2. But for Marion and Rob this was really a special place (you should ask themselves why :P).
It was a sad moment that the Markt 2 was closed. Now there is a new restaurant called “De Kornuiten”, which is not bad, but in no way to compare with the old Markt 2.

Another place that doesn’t exist any more… “Openlucht Zwembad Scholtehagen”. I never understood why they closed it. I really miss the opportunity to swim outside. Especially now more and more at lakes and streams, it is not recommended (or even forbidden) to swim. Sure, we have now an indoor swim paradise, but it is just not the same.
Marion and I both learned (ourselves) to to swim in one of the brooks close to my parents farm. I would not be surprised if Jennifer and Rob learned to swim at Scholtehagen. 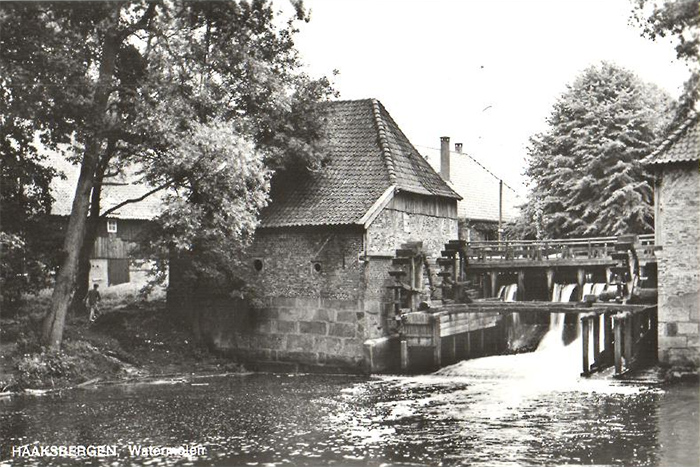 And here, all of us has been, including Mel and Patricia: The Oostendorper Watermolen.
The ones that grew up in Haaksbergen swum here, made walks through the surrounding forests.
I even can remember that Rob told me that when he was a young boy he once went fishing here, the first and the last time he did that.
The Oostendorper Watermolen with its 3 wheels, unique in The Netherlands. The watermill was build in 1548. After restoration in 1987 the watermill is fully functional again.

And then there was restaurant De Biester. How many times have not been at De Biester, alone or as a group? I stopped already counting a long time ago. It was always good to be there.
Sadly begin 2017, De Biester had to close the doors. I think everyone of us felt that as a big loss. Another place we loved to go gone.
But end of last year, a new restaurant was opened in the building. I heard good things about “Bianca’s Eetcafé, but I haven’t been there yet. So my suggestion is to go there when we all are in Haaksbergen again. Would be nice.

Really have to say that I enjoy telling about our town. So I think I will do that again, maybe when I have found more photo’s or when I find something that worth to share. Keep an eye on it :-)