So as everybody might know, Marion and I have been some days to Scotland. A needed break from everything, because the last half year has been very hectic. The passing away from my mother, everything involving the buying of my apartment and the mortgage belonging to it and more things like that.
So it was more then time to break away for a few days from everything.

Scotland was one of the places I still wanted to go. People told me how beautiful this country was and how friendly the people are there. And of course it is where the distillery of my favourite single malt whiskey The Glenlivet is located.

So Tuesday Marion and Sanne came to my place. Because my apartment is so close to the sea, Sanne often stays at my place when I am away, so she can make long walks with one of her dogs on the beaches around there. And for me it is nice that someone takes care of my birds and plants.

Marion and I travelled by plane to Scotland. We flew from Schiphol Amsterdam to London and from London we went to Aberdeen. Aberdeen is the closest airport to where we wanted to go. From Aberdeen it was a bit more than an hour driving to the town of Dufftown. 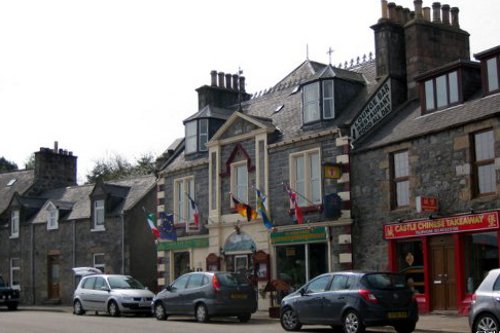 Dufftown is a town in the centre of the Speyside area and is located at the two rivers Fiddich and Dullan. Dufftown is well known for the malt whiskey distilleries. The towns calls itself “The Malt Whisky Capital of Scotland. As a matter of fact the Glenfiddich Distillery is located in Dufftown (but we did not visit it).
Dufftown has a rich history. There are Pictish stones that are 2000 years old. In 566 AD a Christian Community was started there and founded the Mortlach Church, one of the oldest Christian settlements in Scotland. Dufftown itself was founded in 1817 by James Duff, 4th Earl of Fife.
There many old buildings in Dufftown that show the history of the town. There are some very nice pubs and some very good places to eat. 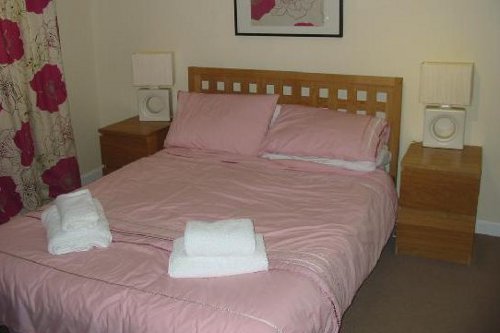 We had a very nice bed & breakfast arranged in Dufftown, because during the day we would be travelling around. For both of us bed & breakfast is something new, but we both liked it. It is way more homely as a hotel. Everything was very clean. We could get packed lunches if we wanted. The landlord and lady were very nice and friendly people.

I really enjoyed the conversation that I had one evening with the landlord while enjoying one of the local whiskeys.

Throughout Scotland there are many castles and fortresses. Some in good condition, other have become ruins.

Close to Dufftown one can find the Balvenie Castle… at least what is left of it. The largest part of this castle has fallen to a ruin. But still it is very impressive and the ruin that is left still shows what a great stronghold this must have been that witnessed many battles and wars. I love to walk around this kind of old places.

There is one thing I am Marion very grateful for. She made it possible for me to taste a 47 year old Glenlivet Single Malt Whiskey. This was a very special moment. Remember, I am just one year older that this whiskey. The richness of its taste was so wonderful. With every sip of it you felt how your mouth, tongue and throat reacted to the after taste of this fine and mature whiskey.
Thank you Marion, for giving me this very special moment. It is something I will remember forever. 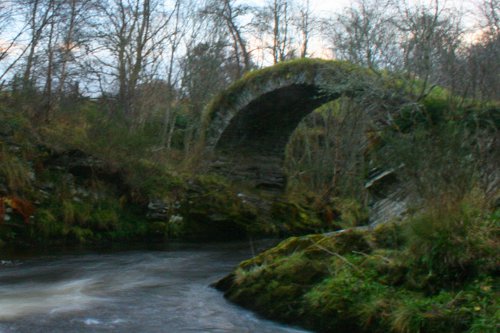 After visiting The Glenlivet Distillery we took the opportunity to make a long walk along the river The Livet. I heard more then once that is beautiful around that river. And yes, it really is. The nature there is still very pure, something we hardly know anymore over here in The Netherlands. 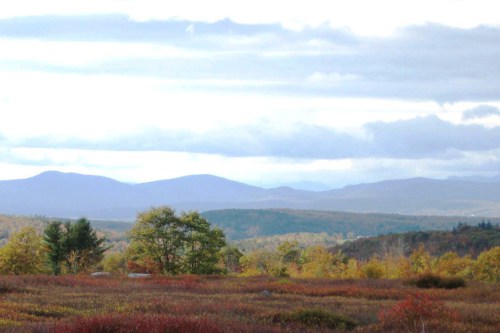 During that walks (and other walks Marion and I made) we have seen many awesome sights and landscapes. I think that I can say for both of us that Scotland has stolen a bit of our hearts.

Even when it was a small holidays, it was a wonderful time. Maybe there are many more things I could tell about this holiday in the Highlands, but maybe I shouldn’t. I would fill many pages of text and become boring. And if this holiday doesn’t deserve one thing it is not to be associated with boring, because it was anything than that!

One thing is for sure…. One day we will go back, but then for a longer time. I already can look forward to that…

3 thoughts on “Scotland, what a beautiful country….”