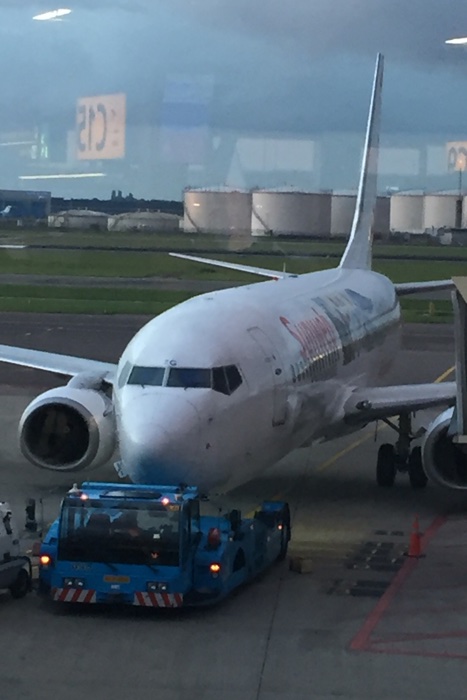 So the first real day of our vacation to Lesvos. Lesvos again? Yes, Lesvos again and that for many reasons. Just read the articles that Marion and I will write during our vacation here and maybe you will understand why.

Our vacation really started yesterday. Because our plane would leave very early in the morning we decided to spend the night in a hotel close to the airport. The idea was very good, but we haven’t slept during our stay at the hotel. Marion was very restless during the night. I think that the wine she had during the dinner hit her harder as normal. Marion denies that, but I just don’t know.
The result was that we talked, laughed and had fun instead of sleeping.

The flight to Lesvos went without any problems. It went even very fast. I understand that when the wind is coming from behind the plane, it will speed up the trip, but that may result in the flight by 30 minutes shorter I never expected.

When we got off the plane the heat really hit us hard. The 38 degrees Celsius with a strong shinning sun is something different as the poor 20 degrees with cloudy skies we have in The Neherlands.
It will take some days to get used to that again.

Once outside of the airport of Mithlini all the other travelers were taken by buses to the hotels and studios where they would stay. But we would be picked up by Mel.
So we waited somewhere in the shadows as sudden some kind of battle scream sounded and a crazy Greek woman jumped on us and gave us the best Greek hugs ever. Mel had found us.

After we welcomed each other very enthoustiacly, we had a small lunch in Mythilini (wonderful sardines and a delicious salad with real Greek feta). 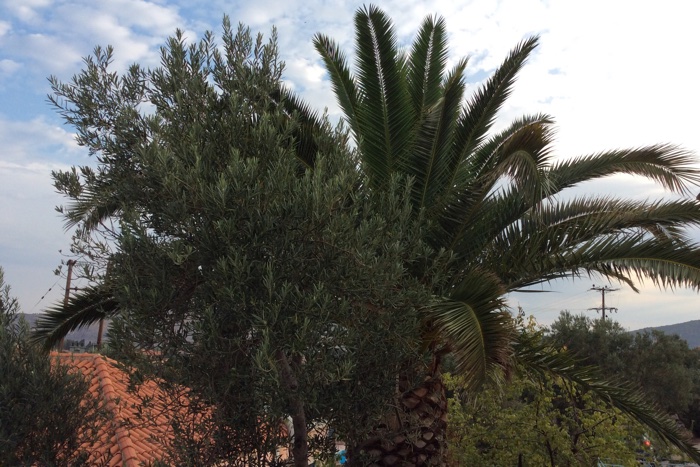 This afternoon and evening we will stay at Mel’s place and enjoy her wonderful garden. Dinner (the Greek have normally way later dinner than we Dutch are used to) somewhere in Petra.

It is good to be back here again.

1 thought on “Our first real day in Lesvos”